Who Knew? Wikipedia Can Be Funny!

(But then, it’s talking about Mark Twain.)

One of the favorite books of my boyhood — back in another century, a different millennium– was Huckleberry Finn. Read it several times.

It’s dispiriting to see articles about schools these days putting Huck in the literary dustbin, because of concerns over trigger words that were authentic to the culture Twain was portraying.  But then, that’s happened a lot to other classics too. 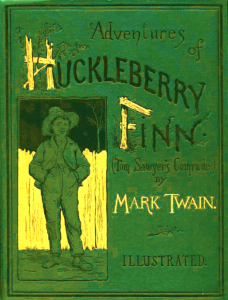 I’m not going to get into the weeds on all that here, though I’m standing by my (Twain) man. Rather, I want to note that related controversies are nothing new for Twain’s magnum opus. Indeed, they go back to its appearance in the U.S. in 1885. (It was published in the United Kingdom a year earlier.) And here is where the tale gets interesting, and not about the word that is so radioactive now. No, it was much bigger. And here I defer to Wikipedia:

Upon issue of the American edition [of “Huckleberry Finn”] in 1885 several libraries banned it from their shelves.  The early criticism focused on what was perceived as the book’s crudeness. One incident was recounted in the newspaper, the Boston Transcript:

hole book being more suited to the slums than to intelligent, respectable people.”

Writer Louisa M“The Concord (Mass.) Public Library committee has decided to exclude Mark Twain’s latest book from the library. One member of the committee says that, while he does not wish to call it immoral, he thinks it contains but little humor, and that of a very coarse type. He regards it as the veriest trash.

The library and the other members of the committee entertain similar views, characterizing it as rough, coarse, and inelegant, dealing with a series of experiences not elevating, the way Alcott criticized the book’s publication as well, saying that if Twain “[could not] think of something better to tell our pure-minded lads and lasses he had best stop writing for them”.

Twain later remarked to his editor, “Apparently, the Concord library has condemned Huck as ‘trash and only suitable for the slums.’ This will sell us another twenty-five thousand copies for sure!”
In 1905, New York’s Brooklyn Public Library also banned the book due to “bad word choice” and Huck’s having “not only itched but scratched” within the novel, which was considered obscene. When asked by a Brooklyn librarian about the situation, Twain sardonically replied:

“I am greatly troubled by what you say. I wrote ‘Tom Sawyer’ & ‘Huck Finn’ for adults exclusively, & it always distressed me when I find that boys and girls have been allowed access to them. The mind that becomes soiled in youth can never again be washed clean.

I know this by my own experience, & to this day I cherish an unappeased bitterness against the unfaithful guardians of my young life, who not only permitted but compelled me to read an unexpurgated Bible through before I was 15 years old. None can do that and ever draw a clean sweet breath again on this side of the grave.” 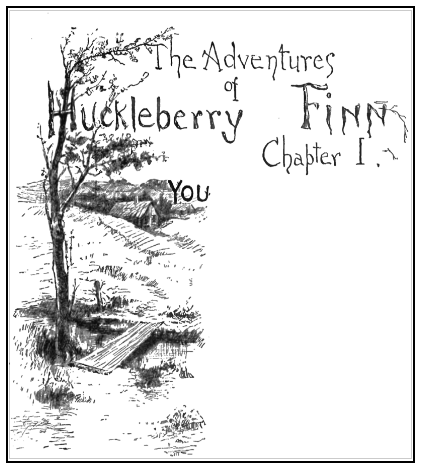 Who could have said it better? Who today has such bite and vigor?

3 thoughts on “Who Knew? Wikipedia Can Be Funny!”