Remember the “Rainbow Tour” song from the movie version of “Evita”, the rock opera about Eva Peron? (If not, listen to it here right away.)

It follows (and deconstructs) Evita’s supposedly triumphal European tour in the late 1940s:

The third verse from this stunning ensemble piece came back to mind on Wednesday:

More Bad news from Rome —
She met with the Pope;
She only got a rosary, a kindly word–
I wouldn’t say the Holy Father
Gave her the bird,
But papal decorations, never a hope . . .”

Who else met with the pope, more recently, and came away with only a rosary and some kindly words?

News of the brief September 24 encounter was “leaked” by her lawyer.

It happened at the Vatican embassy in Washington, the day before Davis visited the Values Voter Summit, put on annually by Family Research Council Action.

FRCA is an ultra-rightwing lobby which has specialized in homophobia, plus anti-divorce, anti-same sex marriage and lots of other anti-stuff in the U.S., as well as support for draconian antigay laws in African countries. It has been named a “hate group” by the Southern Poverty Law Center. 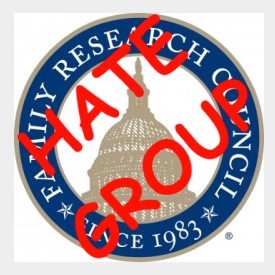 In presidential years, the farther-right GOP candidates line up at the FRCA “Summit” to preen and toss red meat. This time most of them showed up, even Trump (but not Jeb!?) The Summit also runs a straw poll, of course, and this time ted Cruz, perhaps the nastiest of them all (but it’s a tough choice), won.

Still, despite the flurry of media attention that followed the disclosure, the visit turns out to be not exactly a big deal.

To be sure, Francis is on record as being against same sex marriage, and LGBT issues generally (even if he said “Who am I to judge?”); and has repeated the “religious liberty” meme which the American right (including its large Catholic wing) has been turned into a dog-whistle for protecting homophobic discrimination. None of this is new, even if he went out of his way to NOT repeat any of it in public while he was here.

In all his public, to-the-country statements repeatedly (& honestly) trashed the right wing Catholic political agenda, and the bishops’ alliance with them. If I was scoring all this, it would go: 20 for Francis’s good stuff, 1 (so far) for bad. In sports or politics, that would be a landslide or a rout. And in Vegas, betting on the pope saying progressive things while in the USA would have been a very big, loud winner.

Compare: the Davis meeting was held in private, with no papal aides, news media,  or Davis’s lawyer; it lasted  only a few minutes; the pope’s reported pleasantries were boilerplate; and when asked later, he did not seem well-briefed on her case.

Further, the fact of the meeting was embargoed until the pope was safely back in Rome. And late on September 30, the Vatican was still declining to comment on it, sounding embarrassed and blindsided. Some ballyhoo.

Of course, homophobic crusaders like Davis’s “Liberty Counsel” and the “Alliance Defending Freedom” were ecstatic at the news leak, and insisted that it showed that Francis was on board with their campaigns. They can’t be stopped for grabbing this patronizing shred of recognition.

But time to cue the Evita sound track again:

She only got a rosary, a kindly word–
I wouldn’t say the Holy Father
Gave her the bird,
But papal decorations, never a hope . . .”

Papal decorations? Yeah, there are lots of them. They weren’t likely in this case; but just so you know. 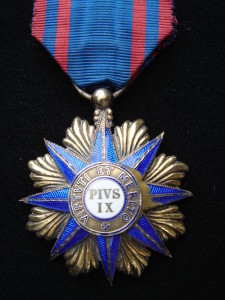 Yet Davis didn’t go back to Kentucky unrewarded. Family Research Action gave her a “Cost of Discipleship Award”; its president compared her to Martin Luther King and Rosa Parks.  So don’t cry for her, Rowan County.

But the rest of us could shed a tear for Parks, King and Dietrich Bonhoeffer, whose witness and martyrdom  were twisted by a creepy group whose worldview would have all of them spinning in their graves. 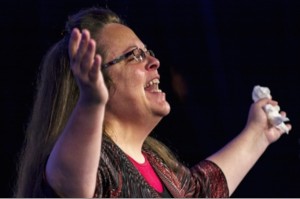 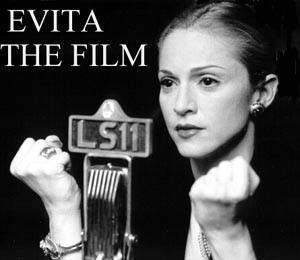