The boss has landed the key appointment with the Big Man. He’s almost ready, wearing his special suit.

Just before the Big Man’s secretary opens the office door, the Boss’s assistant notices a tiny white speck on the Boss’s shoulder. The assistant moves fast, raising a hand, ready to brush–

But the Boss is already walking through the door. The assistant sees him reach out to shake the hand of the Big Man–

And then–OMG!–the Big Man is raising his hand, and flicking the speck of dandruff off the Boss’s suit himself.

Oh, the shame. the humiliation. The assistant stands frozen. Of course the instant has been recorded by cameras that will flash it all over the world in minutes. The assistant imagines his career crumbing right before his eyes.

Yeah, this is a clumsy parable of the next round in the Friends Central School (FCS) discrimination lawsuit.

The Big Man stands for the FCS head, Craig Sellers & his fellow defendants. The lawsuit charges that they suspended and then fired two FCS teachers, Ariel Eure and Layla Helwa, because they dared to schedule a speech by a Quaker Palestinian pacifist, Sa’ed Atshan.  The speech was canceled. 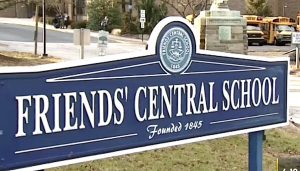 The other fellow is a younger version of attorney Mark Schwartz, who filed the lawsuit in behalf of the two teachers.

The speck, the fleck of dandruff, is the lawsuit. The FCS authorities are now attempting to flick it away as nothing. And their effort amounts to a show of dominance, aimed initially at the federal court that will evaluate it 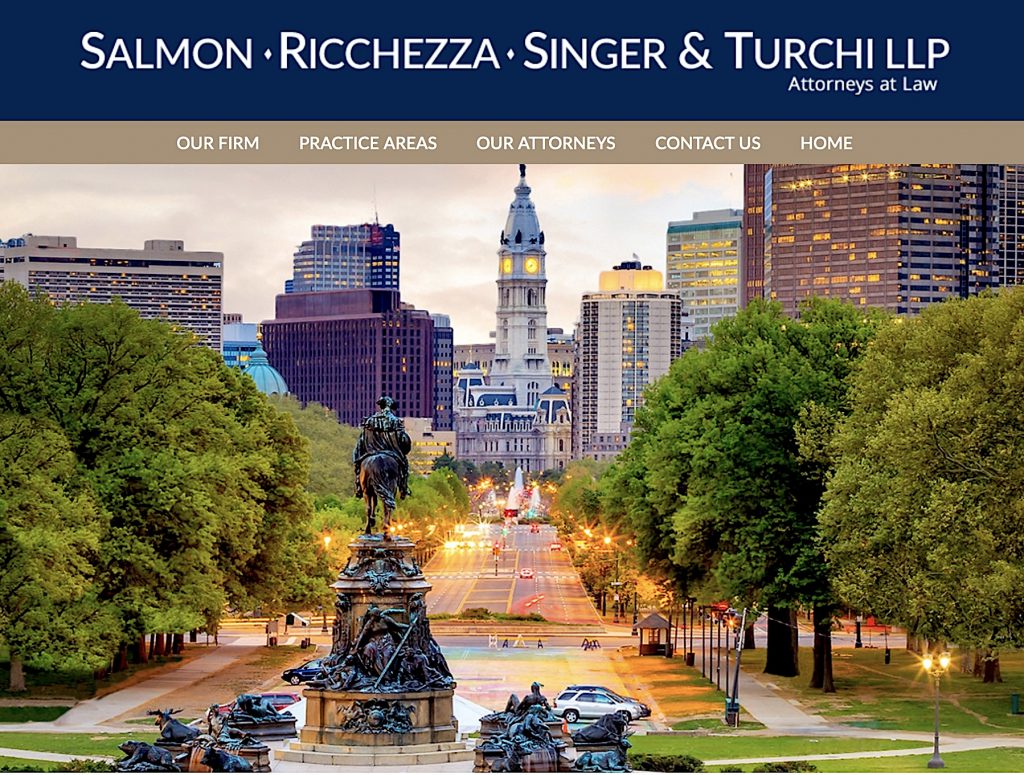 The FCS attorneys are from a heavyweight Philadelphia firm (three names before  the ampersand), and on July 3, they submitted a motion for dismissal of the lawsuit, and a supporting memorandum of law. (The full text is here.) In the memorandum, they spend 29 pages asserting, in numerous carefully-phrased ways, that “There’s nothing to see here — and you shouldn’t be looking at it anyway.”

Why not look? Because the biggest objection is that all the plaintiffs’ complaints are essentially religious, and thus out of bounds for civil courts:

Plaintiffs have pointedly and repeatedly couched their Complaint in terms of how well FCS and the other defendants have measured up to the Religious Society of Friends’ guiding principles including with respect to the decision to suspend them and then terminate their employment and regarding the substance of the statement they allege defamed them and placed them in a false light.

Although Plaintiffs may contend that their lengthy allegations are only offered by way of background and do not implicate the Establishment Clause, this contention fails under settled law. Were the Court to countenance Plaintiffs’ dozens of allegations concerning the quality of the parties’ adherence to religious principles vis-à-vis the underlying occurrences, then this would necessitate judicial inquiry into the tenets, doctrine and discipline of the Religious Society of Friends.

Such an inquiry is impermissible under the Establishment Clause of the First Amendment, which provides that “Congress shall make no law respecting an establishment of religion, or prohibiting the free exercise thereof.” Well-settled jurisprudence prohibits civil courts from resolving disputes that depend upon inquiry into questions of faith and doctrine.” (Emphasis added.) 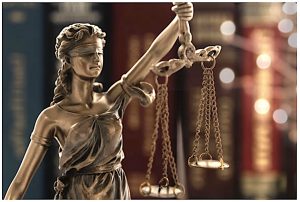 But if that’s not enough for dismissal, the FCS memo adds that nothing in the allegations actually constitutes any real instance of discrimination:

. . . if the Court were to retain jurisdiction [in spite of their First Amendment argument], the law is settled that Plaintiffs cannot make out the elements of several of their claims: there are separate grounds for dismissal of facets of the [other] claims in that they fail to meet their required elements . . . .

Which is to say, The charges are out of bounds; but despite that, there’s nothing to see here anyway.

The filing also included a draft order of dismissal. This is for the convenience of a busy judge with crowded dockets: Just sign here,  and it’s done.

A flick of the finger, the dandruff spot is gone and dominance is re-affirmed.

Such a dismissal would obviously be a major setback for the plaintiffs and their attorney. It would also undermine the seriousness of their charges.

Of course, plaintiffs’ attorney Mark Schwartz will have his chance to rebut the FCS memo. He told me in an email  few days ago that he had not yet reviewed it. But he confirmed one non-lawyer’s reaction that I had.

Indeed, to repeat for the record, I am no lawyer. But many years ago, I was trained as an EEO investigator for the feds, to examine discrimination complaints. And two points stick out for me:

One is that the key to whether discrimination has happened is disparate treatment, whether one set of employees (Eure and Halwa) were treated differently, to their disadvantage, in contrast to other FCS employees that were “similarly situated.”  And that in such inquiries, there are several “purviews,” or kinds of discrimination, and one of them is religion.  Mark Schwartz agreed that “disparate treatment” would be a key factor going forward.

And while it may seem to the FCS attorneys that the lawsuit  complaints were nothing more than “bland scenarios that Plaintiffs here paint as adverse employment actions . . .” we outsiders and laypersons can’t help but notice that Eure and Helwa were suspended for four months, and then very publicly fired — which sure look like  “adverse employment actions” to me

And this happened because they scheduled a speech by a Palestinian Quaker pacifist, at a Quaker school, which espouses a “philosophy” of support for vigorous debate of tough issues (which was thereby stifled, until this  day), and stood up for their action. (More background on the case is  here.)

Was this “disparate treatment” compared to other employees?

I don’t know, but here’s an interesting comparison: on January 13, 2017, a few weeks before Sa’ed Atshan’s speech was scheduled, another outside Quaker speaker, allegedly also a pacifist, came to FCS, and gave not one but two speeches to students, on controversial public issues.

That speaker was me. By invitation, I talked about my experiences in the 1960s civil rights movement, and how many of the same issues were very much in contention again today, fifty-plus years later. (A summary of my talks and visit is here.)

My visit went fine, I thought. The students cheered, the hosts were  friendly, and I hope the staff who set up the event were praised by their superiors.  I fear they later lost face when I blogged about the Sa’ed Atshan/teacher suspension fiasco, when FCS leaders wanted no public comment about this situation (except theirs). But that’s the hazards of dealing with a civil rights worker-turned journalist; some of us take all that seriously.)

None of this may make any legal difference: again, I’m not a lawyer. My sense is that a dismissal-minded judge would find sufficient basis in the FCS memo to  summarily toss the lawsuit. Flick & it’s gone.

Bur Mark Schwartz will get his chance to reply. And whatever happens to the lawsuit, from every Quaker angle I can imagine, this case is a disgrace that stinks to high heaven.

And I do know something about that.

6 thoughts on “Dandruff on the Boss’s shoulder: Friends Central School Strikes Back”