[Note: This is the second part of a Dog Days series on how early civil rights work and later years in the Postal Service came together for me. The first installment is here.]

For a mail handler, the mail stream is much more like a moving body of water. A lot of it came flowing past us, on conveyor belts. I spent many hours leaning over these conveyor belts, heaving bundles, bags and parcels in one direction or another, usually into big canvas hampers marked with zip codes.

This might sound like the sorting I did at Fairfax Station on Route #77 – but here we come to a key bit of postal wonkery and hierarchy: sorting meant throwing individual pieces of mail into address slots arranged in a delivery route or “scheme.” But tossing a bundle from a conveyor into a hamper marked Zip 22039 (Fairfax Station) was distribution or mail “handling”.

Sorting was clerk or carrier work and was paid more, in part because clerks and carriers had to memorize various long and intricate address schemes. Mail handlers didn’t memorize schemes, just recognized the zip codes they were part of.

I was quite content to be part of this lower order. I also soon noticed that many more mail handlers were black, which was also fine by me. It wouldn’t have surprised me to learn that mail handlers were originally a segregated lower level craft.

How did this come about? Who knew? 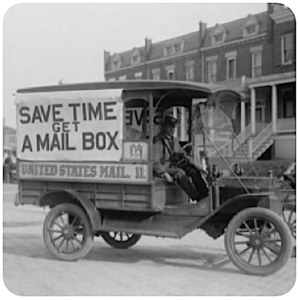 I did know the post office was older than the republic; which meant it had evolved through a century of slavery, another century-plus of Jim Crow, had been subject to winds of change, and by 1986 was more multiracial than many other American institutions, at least on the surface.

That was enough for the moment. We weren’t grad students studying postal history, anthropology or sociology; we were workers riding the daily six-million piece stream, helping pour it in at one end, and aim it out the other.

Much of the time the conveyor mail stream was hypnotically dull. But often enough, intriguing flotsam and jetsam drifted by. It was variegated enough that I soon felt that, although physically walled off from the outside world, much of the rest of America came coursing past me day by day: the mail stream was part of America’s bloodstream.

For instance, I soon felt as if I had seen every kind of catalog American business put out; and new ones kept popping up. One, that only turned up once, stopped me cold: from Massachusetts, it had a phone number in large bold print on the cover:

I couldn’t resist: turning away, out of sight of any nearby supervisor, I flipped a few pages.

The number spoke truth: the company bred and sold rats, mice, guinea pigs, hamsters, gerbils, rabbits and other small animals, and shipped them in large quantities for laboratory use. They were packaged to order, in different colors and sizes, with carefully-guarded pedigrees to assure uniformity for experimentation. [2021 Update: the company still exists; lab rats are still dying for our sins.]

Then there was the CIA, whose headquarters at Langley was only six miles away (almost next door to Langley Hill Friends Meeting, where I was a member). It openly sent bundles of thick bulletin-type documents in clear plastic wrapping. 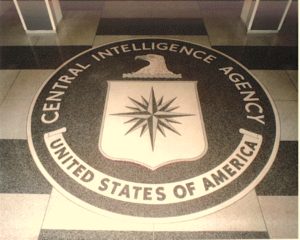 I covertly eyeballed a few through the wrappers. The Agency then operated its own Foreign Broadcast Information Service (FBIS): somewhere it had linguists trained in as many as 80 foreign languages, reading foreign papers, listening to radios and watching TV. These expert readers produced summaries, which were printed and sent out.

By the way, this is no exposé: none of that stuff was secret. You or I could subscribe to, say, the Lithuanian bulletin, and it would be sent openly, like all the issues that came past me. [Update: I hear that the FBIS has since disappeared into some bureaucratic slot in the spy world; but one hopes the agencies are still paying some attention to the rest of the world.]

One other, of many anomalies: we had what were called U-carts, midsize and wheeled, with canvas baskets for bundles and parcels. On a featureless, not terribly busy day, I was tasked with unloading several, and dumping the contents in other sacks.

In one cart I found thick printed documents, something between phone books and very high-end catalogs. I glanced at one, and then looked again: it was the Alumni Directory of the U.S. Air Force Academy. I thumbed a few pages: it was arranged chronologically by class, with brief sketches about each of the grads.

As with the lab rats catalog, I couldn’t resist. But this called for extra precautions. I trundled the U-cart down the wide aisle between other sorting centers and various machines, looking for a spot that was momentarily deserted. Finding one, I leaned away from the aisle, where supervisors might appear, and opened the book–

— But first, some explanation.

My father was a career Air Force officer, mostly a pilot.  He started in World War Two, and retired in the early 1960s. I grew up on and around various Air Force bases, in what expanded  into a large Catholic family. Nobody recruited me, but I long assumed that I would follow my father into the Air Force.

In 1955, when I turned 13, the Air Force Academy opened, to much publicity. To me, it was the military equivalent of an Ivy League school, and I resolved to go there.

And I almost did.

Why I didn’t is another story (and it’s in my book, Eating Dr. King’s Dinner.) But I was still on that path enough that I joined Air Force ROTC in college, at Colorado State University. That program would have pinned a lieutenant’s bars on my shoulders, and likely shipped me off to pilot’s school, after graduation with my Class of 1964.

But I didn’t do that either: I didn’t finish ROTC, go to pilot’s school, or graduate in 1964 (I did complete my degree, after a couple very busy and distracting activist years.)

If I had gone to the Academy, I would have finished pilot’s school just in time to be assigned to combat in the Vietnam War. Instead, I ended up an antiwar peacenik, a conscientious objector, and a Quaker.

But that again is another story. Instead here I was, almost 25 years later, suddenly able to look down that road not traveled.

How many of us get a chance to do that?

I quickly paged to the Class of 1964. Of course I didn’t know anybody, but I was interested in their thumbnails anyway: most were retired, and now into second careers; real estate seemed to recur. A few were still in, as generals, near the top of their heap but not quite there. Several others were dead: killed in Vietnam, or in training crashes.

The deaths did not surprise me; the Air Force is a war machine. Nor did the real estate; war machines don’t teach much imagination. What was most impressive was my lack of envy. I didn’t hate ROTC, but had felt no regrets when I quit. And none slipped out of the pages I turned at this other end of the passage.

I did miss one thing, though, not mentioned in the sketches: each of my surviving generational peers was getting a generous monthly pension check, while I stood here, in a tattered mail handler’s apron, grimy work gloves shoved in the pocket while holding the book in genuinely calloused laborer’s hands.

Yes, I envied them those checks; but that was all. I pushed the U-cart back to the conveyor belt, and dropped the book in its proper mailbag.

The retired  could do something they wanted to do; I knew what I wanted to do, yet had to punch the clock and pursue it on the side. A job was better than no job; but I often felt hemmed in, and stifled.

Still, that was the Post Office way: in Merrifield it sometimes seemed that all of us in the laboring crafts led double lives. This ambivalence moved a writer in Ebony magazine to note a saying that while such jobs were stable and paid comparatively well, “the post office has often been called ‘the graveyard of Negro talent.’”

Yet another historian argued that “when unionized blue and white-collar employment was becoming a stepping stone to a middle-class lifestyle, autoworkers and meat-packers, nurses and postal workers, displaced the ‘talented tenth’ as agents of Black community advancement.”

And now it’s time for an apology: In Part One I promised to tell about the double life here. Except I ran out of time and space. But fear not: more on my ambivalence and double life in the next part.

2 thoughts on “Karmic Collision-II: Lab Rats and the Road Not Taken”